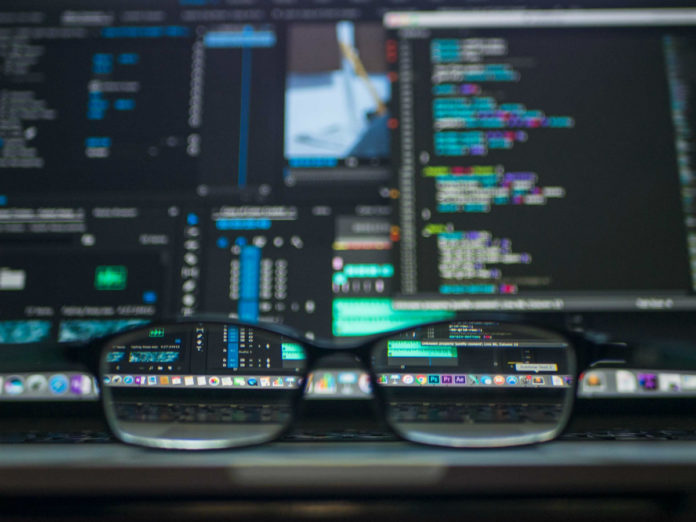 Because everything essential to cryptocurrency exists in the digital space, a coin’s developers affect every aspect of the project, from its initial spark of inspiration to its long-term value.

Whether you’re seeking to invest in digital currencies, trying to follow digital currency news, or simply want to grasp how Ethereum differs from Bitcoin, understanding who’s on which development team and what goals they’ve set is essential — and fascinating.

That’s why we’ve created this list of 20 cryptocurrency developers and teams worth following. All of the projects listed here give ordinary people the opportunity to invest. As investments are personal decisions, however, we’ve avoided ranking the developers and/or the projects below by listing developers in alphabetical order.

Few developers’ names garner more respect in the crytocurrency world than Gavin Andresen, who joined the Bitcoin developer team in 2012 and who has remained active in that world ever since.

Along with Max Kordek (listed below), Olivier Beddows is a co-founder of Lisk, a blockchain platform that focuses on solutions that let users to build their own apps. The former CTO of Crypti left that project in 2016 to focus on Lisk, emphasizing speed and reliability of blockchain networks.

The co-founder of Bitcoin Magazine and co-founder and lead developer of Ethereum, Vitalik Buterin has also contributed to a number of other open-source software projects, including DarkWallet, Egora and Kryptokit. His regular contributions at conferences make it easy to stay on top of Buterin’s latest thoughts on cryptocurrencies.

Also known as “ArticMine,” Francisco Cabañas has been involved in researching and investing in cryptocurrencies since 2011. He’s currently part of the development team at Monero, where his insight into the economic, social and regulatory aspects of digital currencies helps to inform the team’s direction and vision.

Nicolas Dorier currently serves as Stratis’ Bitcoin Development Technical Adviser, a role informed by Dorier’s past experience as a Microsoft Certified Trainer and as the creator of NBitcoin, a cross-platform bitcoin framework. Dorier also developed qbit ninja, an open-source HTTP API used to query the blockchain and track wallets, and participated in SegWit development as a member of the Bitcoin Core team before moving to Stratis.

Dash (previously known as XCoin and DarkCoin) has been gaining significant attention among altcoins in the last quarter of 2017 for its sudden yet steady price increase, its focus on privacy tools, and its recent announcement of a partnership with Mycelium Wallets. Creator Evan Duffield is the mind behind both the idea and the execution of Dash.

The creator of JavaScript and the co-founder of Mozilla, Brendan Eich is a household name in tech. Currently, Eich serves as CEO of Brave Software and is one of the developers behind the Basic Attention Token (BAT). Built on an Ethereum platform, BAT seeks to address irrelevancy and fraud in advertising by awarding its digital currency to advertisers who actually grab and keep consumers’ attention, rather than merely cluttering their social media feeds.

An active member of cryptocurrencies communities in Tel Aviv, Alon Elmaliah brings experience gained at Intel to his work at IOTA, a blockchain platform focused on combining blockchain and the Internet of Things (IoT). Elmaliah’s vision for IOTA includes a commitment to combining network use with network maintenance, solving the principal-agent problem present in other systems such as Bitcoin and reducing the risks posed by 51 percent attacks.

Paul Handy became involved with cryptocurrencies in 2013, beginning his work with Bitcoin and Litecoin. His career-long focus on the science of things and a passion for the Tangle allow him to focus on systems that offer both security and scalability — two elements IOTA emphasizes.

Max Kordek is a co-founder of Lisk, which forked from Crypti in 2016. While Lisk has been criticized in some circles for its relatively slow development, the project has also gained considerable support; for a short time, Lisk traded second only to Bitcoin in value, and has stayed consistently strong among blockchain investments. Kordek handles strategy and development of Lisk.

Dan Larimer is the developer behind BitShares and a co-founder of Steemit. Hailed as a “visionary programmer” by some, Larimer firmly believes that the solutions to government corruption and abuses of power are available in the free market, and that decentralized networks are a key tool in the resolution of those problems — a vision that informs his work with Steemit.

Litecoin creator Charlie Lee remains an active developer at Litecoin as well as an active contributor to conversations about cryptocurrencies. Currently, Lee and his team are focused on porting Segregated Witness (SegWit) to Litecoin; whether this solution will be implemented, however, remains to be seen.

Canadian Joseph Lubin is one of the co-founders of Ethereum, where he also served as Chief Operating Officer. He’s highly involved with groups that attempt to solve governance issues in the blockchain industry, as well as the founder of Brooklyn-based software production studio ConsenSys. 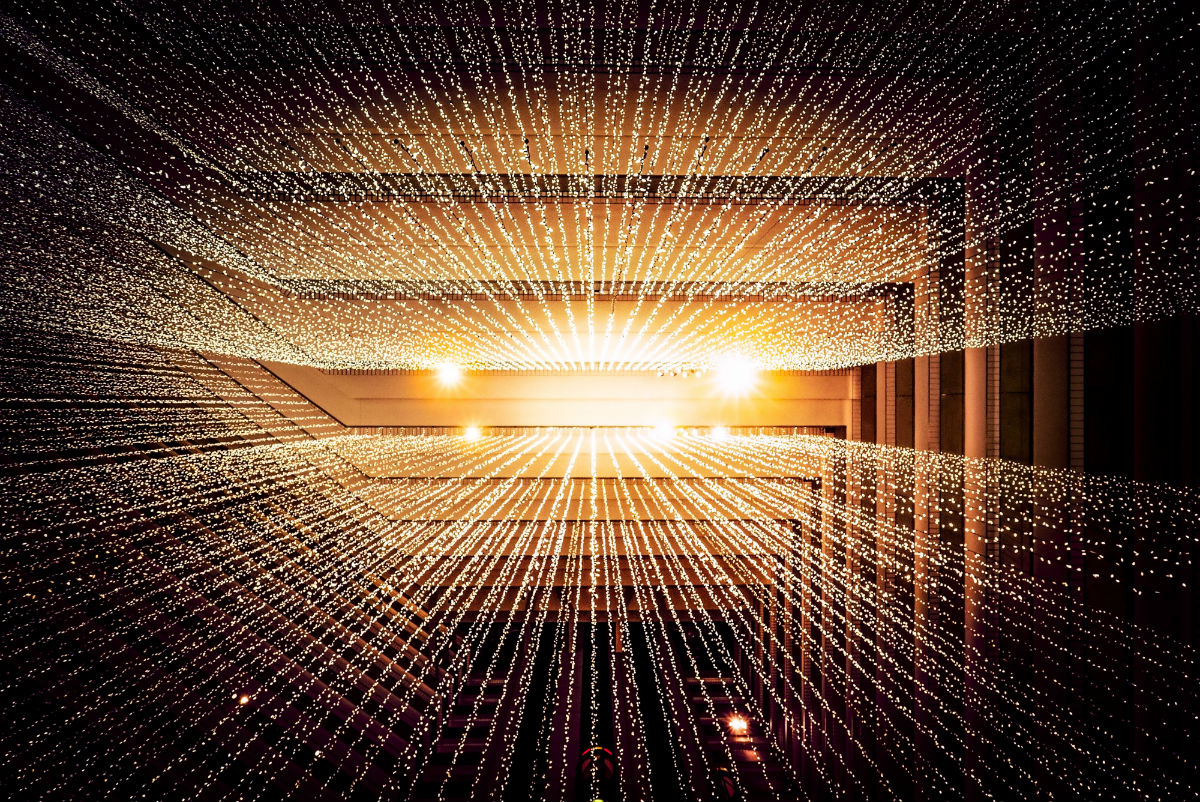 Greg Maxwell has been on the Bitcoin Core development team since 2011 and has contributed to a number of essential elements of Bitcoin, including creating the two-way peg essential to sidechains and the homomorphic key designation used in BIP32. Before Blockstream, Maxwell worked at Mozilla on projects like Daala and Opus.

Jed McCaleb made his mark on the cryptocurrency world by founding Ripple, which he left in 2013. In 2014, he began another blockchain project, Stellar, where he currently works as Chief Technology Officer. His Stellar bio notes that McCaleb “believes in consciously leveraging technology to reduce inefficiency and improve the human condition,” a value he brings to his work leading Stellar’s technical development.

A co-founder and developer of Steemit, Ned Scott created the Steemit platform to give social media users a stake in the networks they use and rewards them for their social media participation. Prior to launching Steemit, Scott was an analyst at Gellert Global Group.

Riccardo Spagni, popularly known as “FluffyPony,” has been working on cryptocurrency development teams since 2012. His most recent project is Monero, a cryptocurrency that focuses on anonymous transactions. He also frequently appears at blockchain conferences.

Peter Todd’s Crunchbase bio describes him as “Chief Nay Sayer and Bitcoin Core Developer.” Todd is a longtime contributor to the Bitcoin Core development team and has also worked on a number of related projects, including OpenTimestamps and python-bitcoinlib, a blockchain resource for Python developers. His degree in fine arts gives him an unusual perspective in a field dominated by STEM graduates.

Developer Chris Trew Is the CEO and Founder of Stratis. Trew began working on blockchain applications and technologies in 2013, bringing background in finance, legal, aviation, and local government to the table — all of which have proven valuable in informing Stratis’s vision as a blockchain-based business platform facilitating quick deployment and worldwide operations.

When considering a cryptocurrency as a potential investment tool, it’s wise to look at the development team. In addition to considering the team’s credentials, ask the following questions:

The novelty and inventiveness of cryptocurrencies make them an exciting field in which to invest — and also pose some risks. By getting to know the development team, investors can better understand the project and its goals, allowing them to make more informed investment choices.