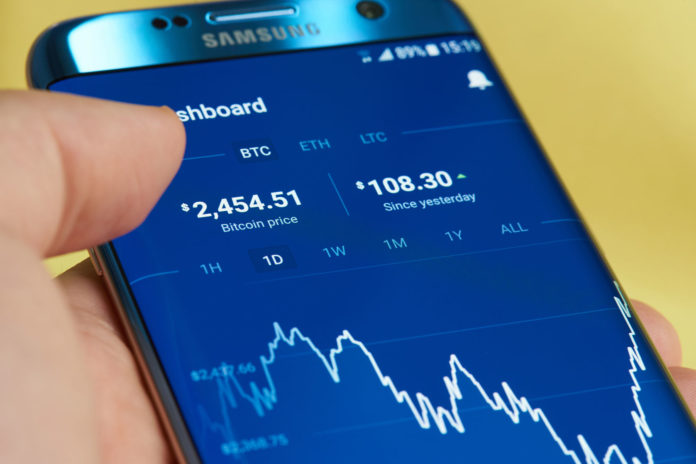 The 2017 cryptocurrency bull market brought a lot of attention (and money) to the industry that supports this economy. One big group of beneficiaries were the exchanges.

While some of these platforms have been around since the very beginnings of Bitcoin, the competition in the space is fierce, and exchanges have had to keep up with an increasingly demanding community of experienced and rookie investors.

To help you make sense of all the trading apps in the market, we have put together this guide.

Coinbase is the main trading platform that comes to mind when people discuss where to buy Bitcoin or Ether. If you’re reading this, chances are you’ve already read one or two posts or guides about investing in Bitcoin. If you have, the advice will have probably been something like “go on Coinbase …” and with good reason.

George Windsor at Investormint summarized it well when he wrote that Coinbase makes it easy to buy and sell cryptocurrencies. You can use your credit or debit card to make the purchase, and Coinbase’s polished interface is intuitive and simple to use. It also provides high liquidity and decent transaction fees, an area where other platforms have been disappointing customers.

However, according to CEO of Blockchain India Aman Gupta, Coinbase suffers from a lack of diversity in the coins that it offers (Bitcoin, Ether and Litecoin) and the countries in which the platform is available. Still, with revenues of $1 billion in 2017, they must be doing something right.

Binance is known for the variety of its cryptocurrency offerings. As of March 2018, they offer the possibility to purchase tokens from nearly every cryptocurrency the average crypto investor can remember.

As Daniel Dob at Blockonomi writes, what Binance lacks in user-friendliness it more than makes up for in other aspects of its offering, from its competitive transaction fees to that variety of currencies accessible.

An area where this platform is lacking is its inability to offer fiat currency deposits and withdrawals. Will Hatton at The Broke Backpacker also reminds any potential users that Binance is a “trading platform” only, which means you’ll have to acquire Bitcoin, Ether or any other cryptocurrency elsewhere and transfer it to your Binance account before you can start trading on this platform.

In a world as disruptive as that of cryptocurrencies, it’s hard for a trading app to stand out for how revolutionary it is, but that’s what ShapeShift does. This company values the privacy of its users by not letting them create an account. All you need to do is go to their website and start trading.

According to Blockchain expert Brian Schuster, this is the easiest and most secure way to exchange cryptocurrencies. And ShapeShift won’t keep any of your personal information, so you can put your privacy concerns to rest.

This anonymity may come at a higher transaction cost, specifically regarding waiting times, Ofir Beigel writes at 99Bitcoins, even though Shapeshift won’t charge you a transaction fee. The only fee you’ll be charged by Erik Voorhees’ exchange will be the miner fee required by the network. If you value anonymity above all, this is your home. 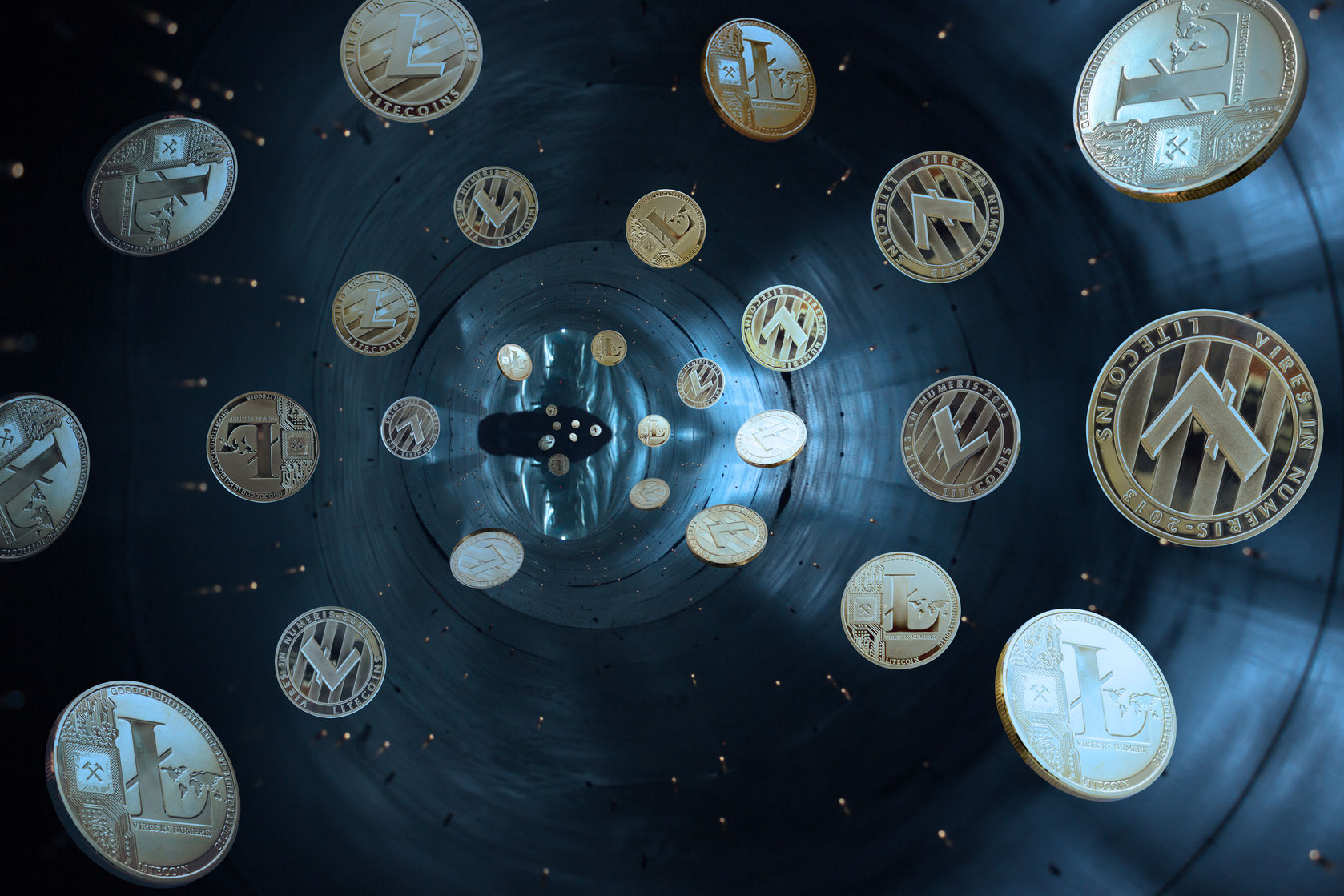 As one of the earliest exchanges in this space, Kraken has enjoyed the advantages that come from being an early mover. This exchange is viewed as one of the best for active traders because it rewards them with lower fees than most of its competitors.

As Ross at Warrior Trading puts it, Kraken is designed for the most diligent traders, which makes it one of the best cryptocurrency exchanges in the world.

However, Kraken has recently suffered through some service outages, as its structure pretty much collapsed in the wake of crypto-craze of late 2017, a fact Jared at Bitcoin Noobs points out. The company has addressed this issue with a recent upgrade to its network, which users are hoping will solve those problems and return Kraken to the good graces of crypto traders around the globe.

Initially set up as a cloud mining provider, CEX.io has successfully pivoted, and it has become one of the most reputable cryptocurrency exchanges, trusted by over two million users worldwide.

As Harsh Agrawal at Coinsutra puts it, in addition to its user-friendly interface and advanced security features, CEX.io also offers great customer service — a factor somewhat hard to come by, as most exchanges struggle to cope with the high demand in this industry. To promptly respond to the emergent problems, the customer support team at CEX.IO interacts with the users not only through the website’s Help Center, but in social media as well.

CEX.io also benefits from being available in most countries, according to Tayyab at Proo World. This is a direct consequence of its compliance with anti-money laundering (AML) and know your customer (KYC) practices. Much like Kraken, CEX.io also struggled with coping with the wild crypto-mania at the end of 2017, and was forced to temporarily close new registrations due to the heavy rush of customers, but the company has also guaranteed those problems are in the past. We’ll see in the next bull run.

Bitfinex offers a vast range of features, almost as varied as the number of cryptocurrencies that can be acquired on this exchange.

Much like Kraken and CEX.io, Bitfinex also suffered from diminished service as a surge of new users flooded the market in December 2017. However, this platform has come out on top and is still highly appreciated in the highly demanding crypto community, as Ben Isgur at The Blog Chain points out.

David at Bitreview also hails Bitfinex as a fantastic platform due to its quality, high liquidity and low trading fees. Having said this, much like in other areas of life, there’s a downside. The company is registered in Hong Kong, so Know Your Customer procedures make registration and fees highly inconvenient.

Bittrex is an American-based and American-regulated cryptocurrency exchange that offers over a whopping 190-plus cryptocurrencies while still focusing on simplicity and security.

From excelling in these three areas, Bittrex has built a respectable reputation in the crypto-trading industry. According to JP Buntinx at The Merkle, their team goes through the source codes for every altcoin before adding it to the platform. Bittrex also takes full responsibility for their users’ funds, promising to refund them in case of theft by hackers. It’s easy to see why this exchange has such a loyal base among its fans.

Another feature contributing to its popularity is how well-researched the FAQ section is, as Peter Lehmann at VKool writes. This ensures users always rely on Bittrex for guidance and feel their crypto investments are secure.

Much simpler than all the other trading apps on this list, Coinmama is cleverly positioned as the perfect starting point for a newbie to the crypto-sphere, Cas Proffitt at Disruptor Daily writes. You can buy Bitcoin and Ether with a debit card while having your hand held throughout the whole process, ensuring a seamless introduction to this industry.

If you want to diversify your crypto investments, you can use Coinmama to stock up on Bitcoin or Ether, and then take those funds to a trading platform with a higher variety of trading pairs.

Coinmama is one of the few companies in this industry that advocates funds are best stored away from exchanges for security purposes, according to Andrew Norry at Blockonomi. This has contributed to the exchange’s perception as a trustworthy, efficient and safe solution in a sometimes unreliable space.

YoBit’s no-nonsense approach to crypto-trading makes it a top choice for investors who know what they want. Users go to YoBit’s platform in search of a platform with a clean, intuitive interface with the possibility to buy a wide variety of cryptocurrencies, according to Felix Küster at Captain Altcoin.

Having said this, YoBit is perhaps best left to experienced traders who are looking to add a touch of diversity to their crypto portfolios. The exchange has a highly popular “Add a coin” button on its website, which means anyone can register their token there, giving rise to plenty of scams, as Rishabh at Coinscage reports.

A well-known and fast-growing investment platform, Robinhood will benefit from having an established customer base of 3 million people to market its new cryptocurrency trading feature to.

Investing Apps TV reports Robinhood will offer commission-free trades on over 16 different cryptocurrencies. This unique feature will give Robinhood’s platform a singular advantage over its competitors. And as James Levenson at Bitcoinist points out, since most of Robinhood’s customers are millennials this platform could introduce a whole new crowd to the world of cryptocurrencies.

While the sheer amount of trading apps available may leave you slightly overwhelmed, it’s important to keep in mind that different people value different aspects. Find the trading app (or apps) that best suit you and your strategy, and always keep an eye on the market to make sure you know your investments are in good hands.