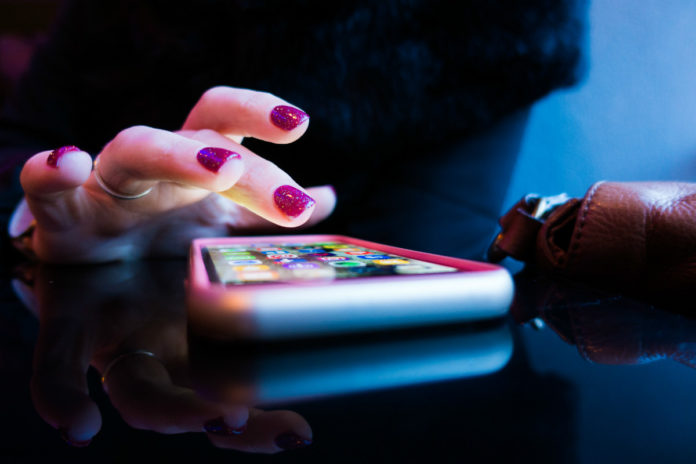 2018 was a strange year for crypto. Everyone who rode that bubble remembers as much.

One of the strangest moments during that year’s crypto mania, however, had nothing to do with money. It was the rise of CryptoKitties, a Tamagotchi-esque game built on the Ethereum blockchain, that captured the imaginations of many — and brought many bemused eye-rolls from many others.

A year on, there’s still an important lesson in the CryptoKitties story about decentralized applications, and their current state of development. So far, a game that let users buy, collect and breed cartoon cats has been by far the most popular DApp.

Let’s start there, and along the way we should be able to sketch out a vision for the future of DApps.

It didn’t take long for CryptoKitties to go viral after it was launched on November 28, 2017. By December 6 of that year, blockchain expert Aran Davies writes, users had already spent an equivalent $6.7 million on the game.

The game became so popular that turned into something of a “cultural phenomenon,” reports ETHNews’ Daniel Putney. Several museums have exhibited images of the kitties, and fans have even gotten CryptoKitties tattoos. One user went as far as spending 600 ETH (approximately $170,000 at the time) on a single CryptoKitty in September 2018.

Venture capitalists have been keen to invest in the app, too. The DApp raised $12 million in March 2018 in a Series A round led by Andreessen Horowitz and Union Square Ventures.

But not everyone is a fan of CryptoKitties. Many Ethereum developers, such as Nick Johnson, are labeling the app a significant contributor to network congestion. Johnson believes the DApp may have been what pushed Ethereum to peak limit in December 2017.

Some even argue that CryptoKitties isn’t really a DApp in the true decentralized sense. Coindesk’s Rachel Rose O’Leary points out that the game is run on a centralized server and operates from one internet portal. This puts all of the power in the app creators’ hands and means that CryptoKitties has a single point of failure. If the CryptoKitties server goes down, you have no other way of interacting with your cat.

A true DApp, however, lives on a blockchain and cannot be controlled by a single entity.

Thousands of DApps, But a Handful of Users

While CryptoKitties might be the only DApp people have heard of, it is by no means the only decentralized app available. In fact, the DApp directory State of DApps lists 1860 results at the time of writing.

With so many DApps out there, it might a surprise that people aren’t talking about more of them. The reality is, however, that while there certainly are a lot of DApps, the vast majority of these have no significant user base.

Chris McCann, the founder of RelayNode and StartupDigest, has carried out significant research on the strength of the DApp market. McCann found that only 25 percent of all DApps have more than 100 transactions in a week, and over half had zero transactions in the week he studied the data.

In fact, when McCann split DApps into four categories (casinos, games, decentralized exchanges and everything else), he found that each category was dominated by a few single players. But that’s not all. Games and decentralized exchanges made up more than 75 percent of all transactions, which meant that only five DApps had any real significant user base:

McCann’s research is largely in agreement with research compiled by Canadian cryptocurrency analyst Kevin Rooke, who tweeted in August that there are only eight DApps in total that have more than 300 daily users; five on the Ethereum blockchain and three on EOS.

But even the most popular apps aren’t really that popular. McCann found that Etheroll, IDEX, and CryptoKitties have 53, 1,921, and 907 estimated daily users, respectively.

What’s more, the user base of even the most popular apps is falling fast. Research by Diar, a weekly digital currency newsletter, found that DApp user accounts fell by 56 percent between January and July 2018 and that all DApps seriously struggle to maintain peak user bases. This includes CryptoKitties, whose user base, ETHNews reports, fell by 96 percent over seven months.

In light of these numbers, you would be forgiven for thinking that DApps are heading in the wrong direction.

DApps may be down, but they are certainly not out. And if they can overcome some of the key technical challenges that they are facing, there is every chance of a resurgence.

For one, a concerted effort needs to be made to build better underlying technology. Tim Galebach, the co-founder of Blockmason, a firm of blockchain developers, believes that the industry is facing a chicken-and-egg issue. In order for DApps to be built in familiar and accessible ways, a whole world of underlying Ethereum technology needs to be built.

The problem is no one wants to build it until there are DApps that are ready to use it. That’s why CryptoKitties is web-only. There was no incentive for them to build the mobile libraries needed for a mobile DApp.

DApps also struggle when it comes to user experience. As investors Justine and Olivia Moore explain: “If you’ve ever tried to make a DApp transaction, you know how painful the process is. You need to set up an account to purchase coins, make the purchase, create a MetaMask account, send the coins to MetaMask, and, finally, verify the transaction. This is too much friction for the mainstream user.”

The trouble is, however, that every step in the signup process listed by the Moores is crucial for every DApp to work at this moment. There is no way to shorten that process.

The inability of the Etherum network to efficiently scale hasn’t helped, either. When a DApp like CryptoKitties congests the network, explains cryptocurrency platform Dragonchain, miners get overwhelmed and transaction fees get driven up sharply. Not only does this significantly delay transactions, but it also results in much higher transaction costs.

But More Must Also Be Done to Encourage Users

Technical fixes alone won’t help to bring DApps to the fore. More must also be done to encourage users to get on board.

Unfortunately, the fact that the technology involved is so new and so unlike anything else in existence doesn’t help. Consultant Andrew Arnold writes that anything new in the world of tech takes time to be accepted by consumers, particularly if they don’t understand it. Arnold points to a Bitcoin survey in South Korea that found 90 percent of respondents understood what Bitcoin is — but only 8 percent understood what a blockchain is.

But it’s not just a case of new and poorly understood technology that is inhibiting the uptake of DApps. There’s also the fact that very few serve any real use. In the eyes of Andrey Zagoruiko, almost all of the available top DApps were created to make more intelligent people slightly richer, hence the number of pyramid schemes and play-to-win games. What incentive is there for a regular person to use an app that will only cost them money?

CryptoKitties has shown that DApps have some potential for wider adoption. But no other DApps have come close to achieving the same level of popularity or a user base of any meaningful size. It may be early days for blockchain technology, but DApps still have some way to go before they break into the mainstream.