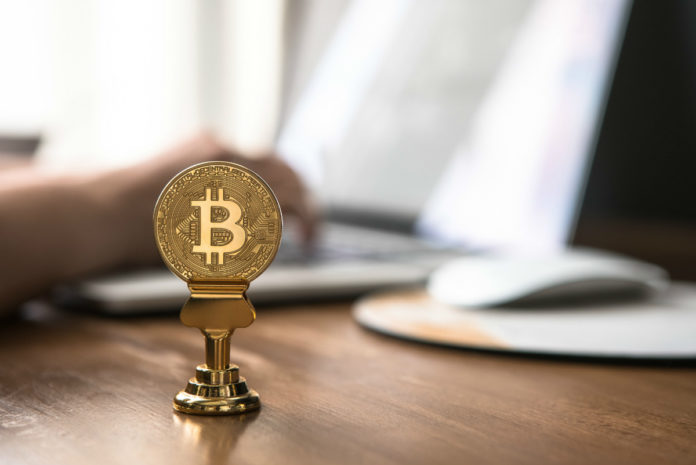 News travels fast. But it travels a heck of a lot faster when it concerns cryptocurrency.

In this fast-paced industry, keeping on top of breaking news and market movements is key if you want to succeed in beating the market. A delay of just a day could see traders miss an opportunity or lose a fortune.

There’s no better way to stay up to date than on Twitter. Make sure you never miss a breaking crypto news story again by adding these reporters to your Twitter feed.

Maria Bustillos is a journalist and the editor of Popula.com, a news site hosted on the Ethereum-based Civil publishing platform. She also writes on Medium and has been featured in high-profile publications like The New Yorker. If you’re starting an online publication yourself, you might be interested in Bustillos piece on paying writers in crypto.

Ian DeMartino is a technology writer and the cofounder of CoinJournal, one of the leading cryptocurrency blogs. As well as running the blog, DeMartino is still a keen contributor, posting updates several times a week. His recent piece on the boring stability of Bitcoin and what that means for the market makes for interesting reading on the changing attitudes within crypto. DeMartino is also the author of the Bitcoin Guidebook.

Alyssa Hertig is a writer, programmer and full-time member of CoinDesk’s editorial team. While she writes primarily about the blockchain and bitcoin technology, she holds no investments in any cryptocurrency herself. That doesn’t mean she isn’t an expert on the subject matter, though. For proof, look no further than her piece on Bitcoin’s Time Warp Attack.

Marc Hochstein is the managing editor at CoinDesk and a former editor in chief at American Banker. Hochstein oversees the entire CoinDesk publication team but still finds time to offer his own take on the latest developments in cryptocurrency, such as this piece, which explores his attitude toward no-coiners, or people who hold no cryptocurrency.

Lily Katz is a reporter at Bloomberg who covers tech, crypto, finance and real estate. Crypto and blockchain stories take up a lot of her time, and she has written on nearly every aspect of the industry. Perhaps most interesting is her coverage of the Bitcoin conference that rented out a strip club, and what that says about industry’s views of women. Incidentally, she also boasts Barack Obama on her Twitter followers list.

Jeff Kauflin is a staff writer at Forbes who focuses on cryptocurrencies, blockchains and fintech. His experience-backed writing (he was a marketing consultant for 10 years) has also been heavily featured in Fast Company and Entrepreneur magazine. A recent post to check out is Kauflin’s “Where Are They Now?” approach to the biggest ICOs of 2017.

Olga Kharif is a writer for Bloomberg and BusinessWeek, where she covers tech with a particular focus on crypto and the blockchains. If you want to see where the industry is heading next, check out the piece Kharif co-authored on Crypto 2.0.

Ran Neu-Ner has had a wide-ranging career. He has been the CEO of Creative Counsel, South Africa’s largest advertising agency, and is the CEO and founder of OnChain Capital, a crypto investment and advisory business. Neu-Ner does his fair share of reporting, too, hosting the CNBC Africa’s Crypto Trader — a show where he seeks to provide greater information and clarity on the industry to the widest audience possible. 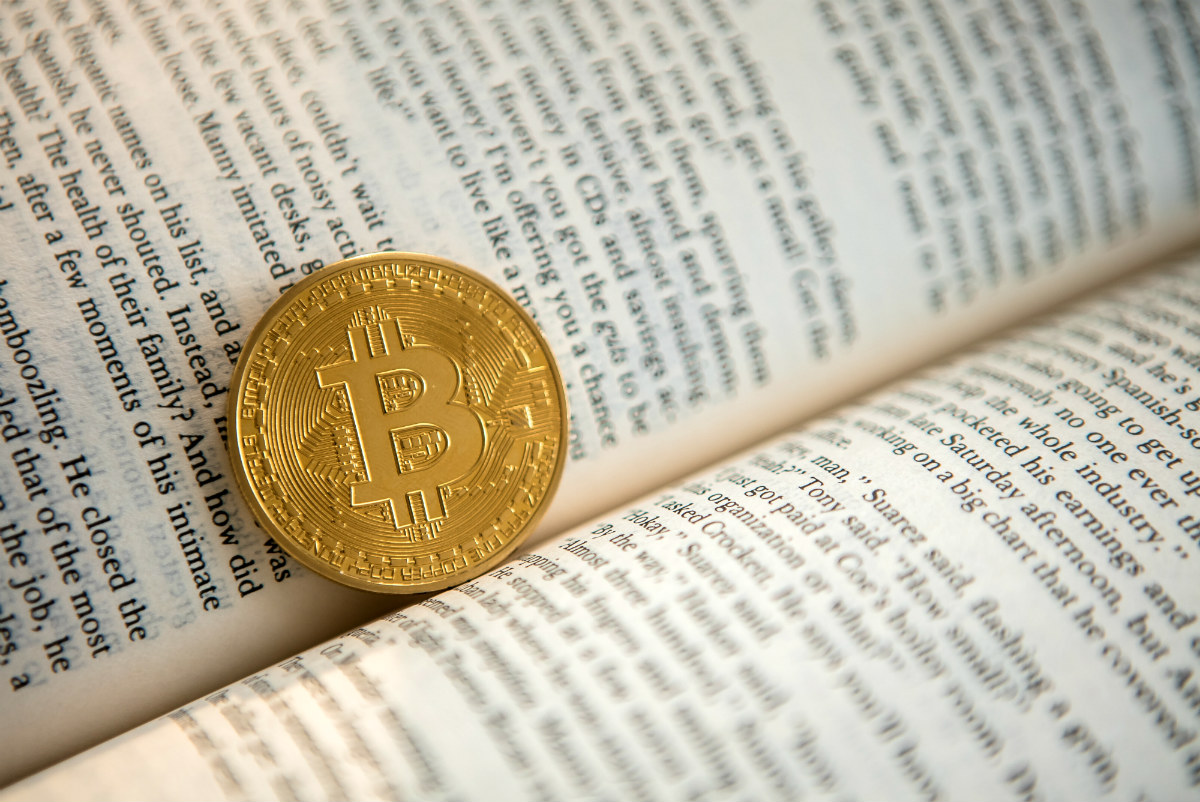 Diana Ngô is a freelance writer who covers everything related to the blockchain, crypto and fintech. Her writing has been featured in a number of publications such as Cointelegraph, CoinJournal, Bitcoin Magazine and ThinkLab. If you’re interested in how crypto and blockchain could impact real-world financial services, Ngô has written a great article on the topic.

Pete Rizzo has been the editor-in-chief at CoinDesk since 2015. In his role, he oversees both the daily publication of the CoinDesk website, but also the site’s research arm, CoinDesk Research. Rizzo is a prolific writer, authoring more than 1,000 articles for the site, including this piece where Rizzo puts forward an alternative view to crypto valuations.

Salih Sarikaya is the founder of smartereum.com, where he is editor-in-chief. In case there wasn’t enough on his plate, Sarikaya also cofounded WhatsAround, a social platform for outdoor enthusiasts. He still contributes to the crypto conversation, predominantly by interviewing the industry’s leading influencers, such as David Gokhshtein.

Laura Shin is one of the most esteemed crypto journalists, covering everything crypto and blockchain related. She’s a former senior editor at Forbes and currently hosts two blockchain-focused podcasts: Unchained and Unconfirmed. Check out her in-depth piece on the man who invented ICOs, and keep an eye out for her forthcoming book on crypto, too.

Jon Southurst is a senior editor at Bitsonline, a cryptocurrency-focused news and commentary website. Based in Japan, Southurst offers an Asian perspective on the development of the cryptocurrency industry. If you want to see what blockchain looks like in Korea, for instance, this piece by Southurst makes for excellent reading.

Kyle Torpey has been a cryptocurrency journalist since 2014 and contributed to a string of the web’s leading publications, including Forbes, Business Insider and Bitcoin Magazine. Torpey writes exclusively about Bitcoin, making him one of the top journalistic authorities on the coin. Read Kyle’s op-ed on Weiss cryptocurrency ratings to gain an insight into his views and writing.

Aaron van Wirdum is a Dutch staff writer for Bitcoin Magazine and freelance journalist who covers cryptocurrency and the blockchain. His work has been featured in some of the leading cryptocurrency news sites, including CoinDesk and Cointelegraph. Van Wirdum even found time to launch his own Dutch Bitcoin news site, Coincourant. If you want proof that van Wirdum knows his stuff, read his technical piece on some of Bitcoin’s nastiest bugs. 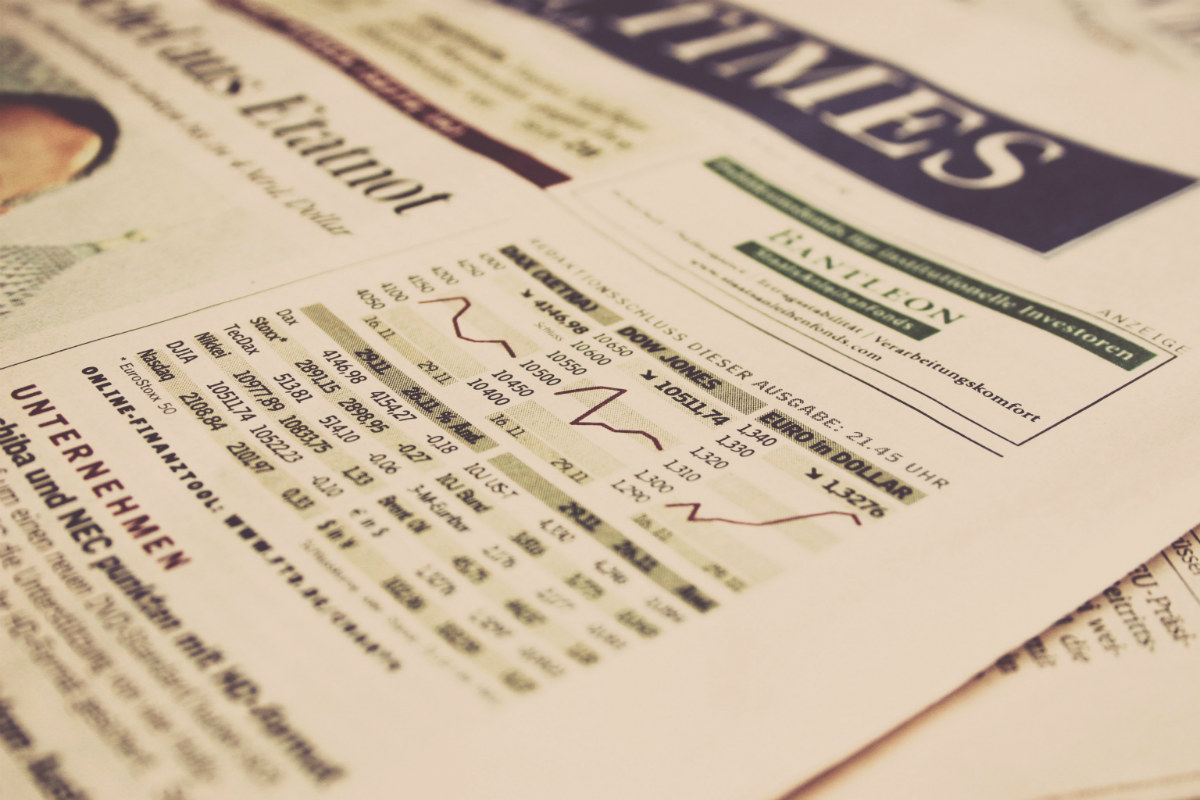 Oscar Williams-Grut is a UK-based senior correspondent for Yahoo Finance. Although he covers banking and finance as a whole, he has a penchant for cryptocurrency. His investigation into cryptocurrency market scams was shortlisted for the Gerald Loeb Awards 2018.

Josiah Wilmoth is the assistant editor at CCN (Crypto Coins News). Wilmoth has been writing about the crypto industry since 2014 and had his articles featured in several leading publications, including Yahoo Finance, Business Insider and NPR. Wilmoth deals with every aspect of the industry, from deep dives into complicated, current topics, to easy-to-understand pieces for the wider audience, such as this excellent explanation of altcoins.

Wong Joon Ian is the managing director for Europe and Asia at CoinDesk. Having covered every conceivable tech topic in the past, Wong now focuses exclusively on the world of crypto. His deep dive into the lives of bitcoin miners is a must-read for anyone in the industry.

Willy Woo is a cryptocurrency analyst, commentator and journalist whose writing has been featured by the likes of Forbes and CoinDesk. The vast majority of Woo’s thoughts and musings, however, can be found on his personal blog, Woobull. If you’re holding or trading several cryptocurrencies, Woo’s piece on rebalancing your portfolio is essential reading.

Joseph Young is Hong Kong-based journalist, analyst and investor. He contributes primarily to Forbes, Binary District, Cointelegraph and CryptoSlate, along with other web publications. If you’re into crypto mining, check out his recent piece on the global state of the industry.

By following these reporters and analysts on Twitter, you’ll be able to get the latest cryptocurrency news as it happens. But getting the lowdown on market movements is only one part of a successful crypto strategy. You also need to make sense of the data. For that, we recommend following the top cryptocurrency traders and analysts, who are more than generous in sharing their valuable (and hopefully profitable) insights.