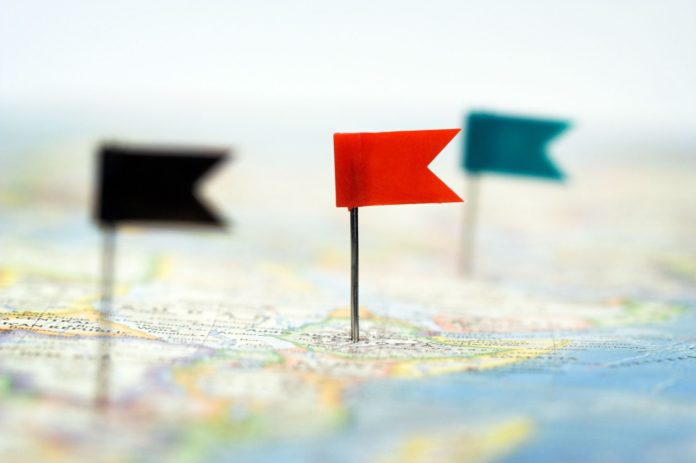 When technological innovations appear on the scene, laws can be slow to catch up. Although Bitcoin was first released in 2009, many countries and international legal bodies are just now addressing cryptocurrencies within their own frameworks.

The laws surrounding digital currencies are complex, multi-jurisdictional — and constantly changing. Here, we explore some of the key laws currently in play and the state of regulation on the national and international level. We also provide a list of resources to bookmark in order to stay on top of changing cryptocurrency legal news.

Cryptocurrencies are treated very differently in various countries. While they receive favorable treatment in some parts of the world, others have moved to curtail or even ban their use and trade.

Here are some of the most significant international developments as of 2017:

The US Treats Cryptocurrency as Property

In March 2014, the Internal Revenue Service (IRS) released its Virtual Currency Guidance document, outlining the tax implications of “transactions in, or transactions that use, virtual currency.”

For federal tax purposes, digital currencies like Bitcoin and Ethereum are treated as property — and taxed accordingly. For example:

To date, only the IRS has issued specific guidelines about the treatment of cryptocurrencies at the federal level. The U.S. Securities and Exchange Commission (SEC) has offered only minimal guidance, and the federal government has passed no laws.

Tana Churchouse calls the European Union’s approach to cryptocurrencies “positive and welcoming,” which is reflected in a statement given by Andrus Ansip, Vice President for the Digital Single Market of the European Commission.

Currently, however, monitoring use cases appears to be the European Union’s only short-term goal. Noelle Acheson notes that while the EU’s approach supports the ultimate use and adoption of blockchain technology, the process of seeing what blockchain can do and defining the appropriate spheres for regulation will be a slow one.

While Russian Prime Minister Dmitry Medvedev recently promised the country would enact cryptocurrency regulations by 2019, his tone when discussing the technology has been somewhat pessimistic. At a February 2017 investor event in Sochi, Medvedev said, “I’m not against the use of [blockchain] technologies … but so far, we do not see results.”

In China and South Korea, Cryptocurrencies are Under Scrutiny and ICOs Have Been Banned

In September 2017, China issued a ban on initial coin offerings (ICOs). As Jon Russell reported for TechCrunch, China’s central bank stated that ICOs have “seriously disrupted the economic and financial order.” The central bank also plans an inspection and report on 60 cryptocurrency exchanges operating within the country. The ICO freeze is expected to last at least until the investigations are complete, although some commentators, including Noelle Acheson, believe the ban will be temporary.

Later the same month, South Korea moved to ban ICOs as well. “There is a situation where money has been flooded into an unproductive and speculative direction,” stated South Korean Financial Services Commission vice chairman Kim Yong-beom.

Other countries have chosen to take a different approach in light of China’s experiences. Switzerland, for example, is considering an “ICO Code of Conduct,” according to CoinTelegraph’s William Suberg. And while Singapore has not banned ICOs, its central bank, MAS, joined the US and other countries in issuing warnings to investors and consumers about potential ICO risks in an August 2017 statement.

The State of Regulation (and How It Can Affect Your Holdings)

If you’re interested in cryptocurrencies in the United States — whether or not you live in the country — you may face a complex web of interconnecting international, federal and state rules. Here are some key points to understand about the state of the law and how it may affect holdings, court cases and more.

National Movement: The SEC Steps In

At the federal level, the United States has been slow to legislate or regulate cryptocurrencies. As of 2017, only two bills have been introduced in the federal legislature addressing digital currencies. Neither passed, and one of the two — the Online Market Protection Act of 2014 introduced by Rep. Steve Stockman (R-TX) — actually recommended a moratorium on federal, state and local cryptocurrency regulation for up to five years.

The SEC was quiet on the question of digital currencies for many years, even as the volume of trade in those currencies rose dramatically. In 2017, however, the SEC investigated the theft of $50 million worth of Ether from an initial coin offering known as the DAO.

As Tama Churchouse notes for Business Insider, the SEC wasn’t interested in who walked away with the missing Ether, but with whether Ether and other cryptocurrencies constitute “securities” that should be regulated under existing federal law.

In the case of the DAO, the SEC’s answer was “yes.” While the agency did not immediately move to regulate Ether, its report reminded investors that it will be scrutinizing digital currencies from now on in order to determine which ones constitute “securities.”

State of the States: Considering US State Law (As Well as Federal)

In a 2017 article in The Columbia Science and Technology Law Review, Joanna Diane Caytas noted that, while the US federal government has the power to regulate cryptocurrencies nationwide, it has been slow to do so. However, the federal government’s reticence has not stopped the states from addressing cryptocurrency issues, adding another layer of complexity to digital currency laws.

As Coindesk’s Stan Higgins reported in July, the state of Washington recently enacted a law requiring cryptocurrency exchanges operating within the state to conform to the state’s rules for all exchanges. The Washington Department of Financial Institutions has published guidance on “virtual currency” regulation as a result of the new law.

Other states have addressed blockchain-related issues via legislation, as well. Arizona passed a law addressing digital signatures in smart contracts. Delaware introduced legislation allowing Delaware-based corporations to register shares in blockchain form. And while Vermont has eschewed blockchain for government record-keeping, the state did amend its rules of evidence to address authentication of distributed ledgers for use in court, according to Alec Liu.

In an attempt to standardize state laws, the Uniform Law Commission (ULC) released its Uniform Regulation of Virtual Currency Businesses Act (URVCBA) in 2017. Some early commentators, including Coin Center director of research Peter Van Valkenburgh, have praised the model legislation as providing a clear, consistent path for states to follow in drafting cryptocurrency legislation.

While states are not required to adopt any uniform code the ULC recommends, in practice, many states do adopt these model codes in whole or in part. Stephen Middlebrook, an attorney who served as the American Bar Association advisor to the ULC during the URVCBA’s drafting, noted that “legislators in several states … held off waiting for the Uniform Act,” indicating that these states — among them New York and California — may choose the uniform code route. If so, understanding state as well as federal laws regarding cryptocurrencies in the United States may become simpler.

Laws may change quickly; developments in blockchain technology may occur even more quickly. Here are some key links to bookmark:

Securities and Exchange Commission (SEC) report “Report of Investigation Pursuant to Section 21(a) of the Securities Exchange Act of 1934: The DAO”

Securities and Exchange Commission v. W.J. Howey Co. et al., 328 U.S. 293 (1946). This Supreme Court case lays out the factors the SEC considers when deciding whether a particular cryptocurrency offering is a “security” for the purposes of US law.

Uniform Regulation of Virtual Currency Businesses Act (URVCBA). Note: this is the completed version published by the Uniform Legal Commission, and may not reflect the version enacted by any particular state. Be sure to check individual state versions.

Although many of these resources strive to provide accurate, researched information, they work best as a starting point for your own research and analysis. As with any investment, making knowledgeable decisions based on your particular needs and goals is paramount.

These references are only a starting point, as they can quickly become obsolete in light of evolving regulations. If you have questions about a particular business plan or transaction, speak to an attorney.